“The American Bison that once ruled the plains and provided Native Americans with food, homes, clothing, medicine, tools, and many other essentials of living, reached near extinction near the end of the 19th century. It was estimated that there were fewer than 300 animals left in 1894, when a law was passed forbidding the killing of them. Since that time, numbers have increased to an estimated 350,000 in North America by the year 1997. Today, buffalo are experiencing a comeback as a viable business venture and proving that they can once again give life, health, and vitality to the land they occupy and to the people who utilize their meat and other valuable products. . . .

Bison meat is a small newcomer to the consumers' array of meats, competing primarily with the All-American favorite, beef. Even though beef is lower priced and more readily available, bison is making headway as consumers become more health conscious and look at value versus dollars. As with any new food product, people are cautious about trying bison for the first time. Once they try it, most people like it and come back for more, especially as they recognize the improvement in the way they feel. 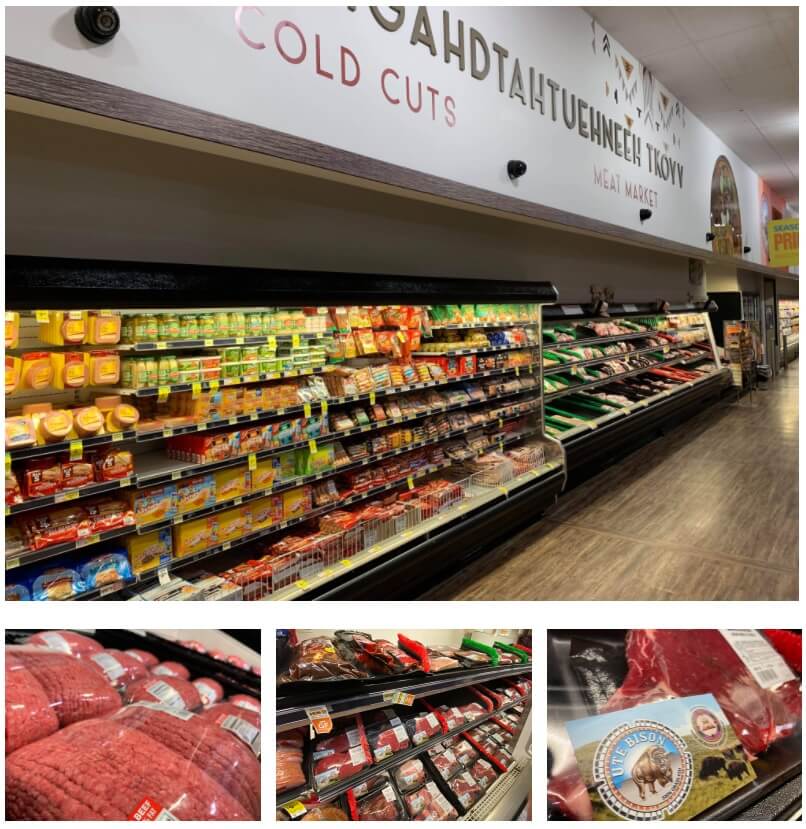 "The Ute Indian Tribe first reintroduced buffalo into the Hill Creek Extension of the Uintah and Ouray Reservation in 1984, from a small herd of fourteen that was kept at the Tribe's Bottle Hollow Resort as a tourist attraction. In 1986, an additional six buffalo donated by the National Bison Range in Montana were also released in the Hill Creek Extension. These two initial buffalo releases were considered to be unsuccessful. The buffalo reproduction was slim to non-existent. Then in the winter of 1993, twenty-eight buffalo from the Henry Mountains in Southern Utah, were released in the Hill Creek extension. In the spring of 1997, an additional eighty-seven buffalo from the Shoshone-Bannock Tribe of Today were released. November of 1998, an additional twenty-four buffalo from Antelope Island, Utah, were released. The final release was in 2000, when additional twenty-nine buffalo from Antelope Island, Utah, were released. Since the reintroduction of the Woodlands and Plains variety of bison, the Ute Indian Tribe's buffalo herd has flourished and grown to a heard of from between well over 800 and could soon reach 1000 based on Ute Tribe's Fish and Wildlife's aerial surveys."2 At this time, Business Committee Member, Ronald J. Wopsock is under consideration for an honorary recognition of his contributions to his fellow members of the Ute Indian Tribe, to the Uintah and Ouray Reservation, and to Indian country in General for his numerous accomplishments.

Mr. Robert S. Thomspson, III, stated in his testimonial letter stated, “Recognizing that the tribal members were in dire need of reconnecting with the buffalo and the cultural aspects of their heritage that interplay with the buffalo, Mr. Wopsock set out on a campaign to return buffalo to the Reservation and to establish a tribal herd that could be harvested by tribal members. To this end, Mr. Wopsock, through sheer force of will and unwavering work ethic, somehow managed to acquire the base animals to start a Reservation-based buffalo herd, at no cost to the Tribe, easily more than twenty years ago. Thereafter, via negotiations with state and federal officials, he instituted a program of buffalo acquisition and calf and young animal exchanges to ensure that the buffalo herd of the Reservation was biologically diverse, and that the herd would remain populated by healthy, strong, and exceptional animals that could be the pride of the Tribe. Due to his efforts, the Reservation now contains a viable and growing buffalo herd that can be harvested in a sustainable manner, and that provides tribal members with that much needed connection to their past that prior to his actions, was impossible to attain. It is to this accomplishment, one many thought unachievable, and fulfillment of a personal goal that, if for no other reason, Mr. Wopsock is deserving of formal and public recognition. Moreover, when this real and viewable result is coupled with his otherwise outstanding career as a tribal elected official, Mr. Wopsock stands as an example as to what caring, people appreciative, culturally sensitive, and respectful Indian leaders can and do achieve.”1 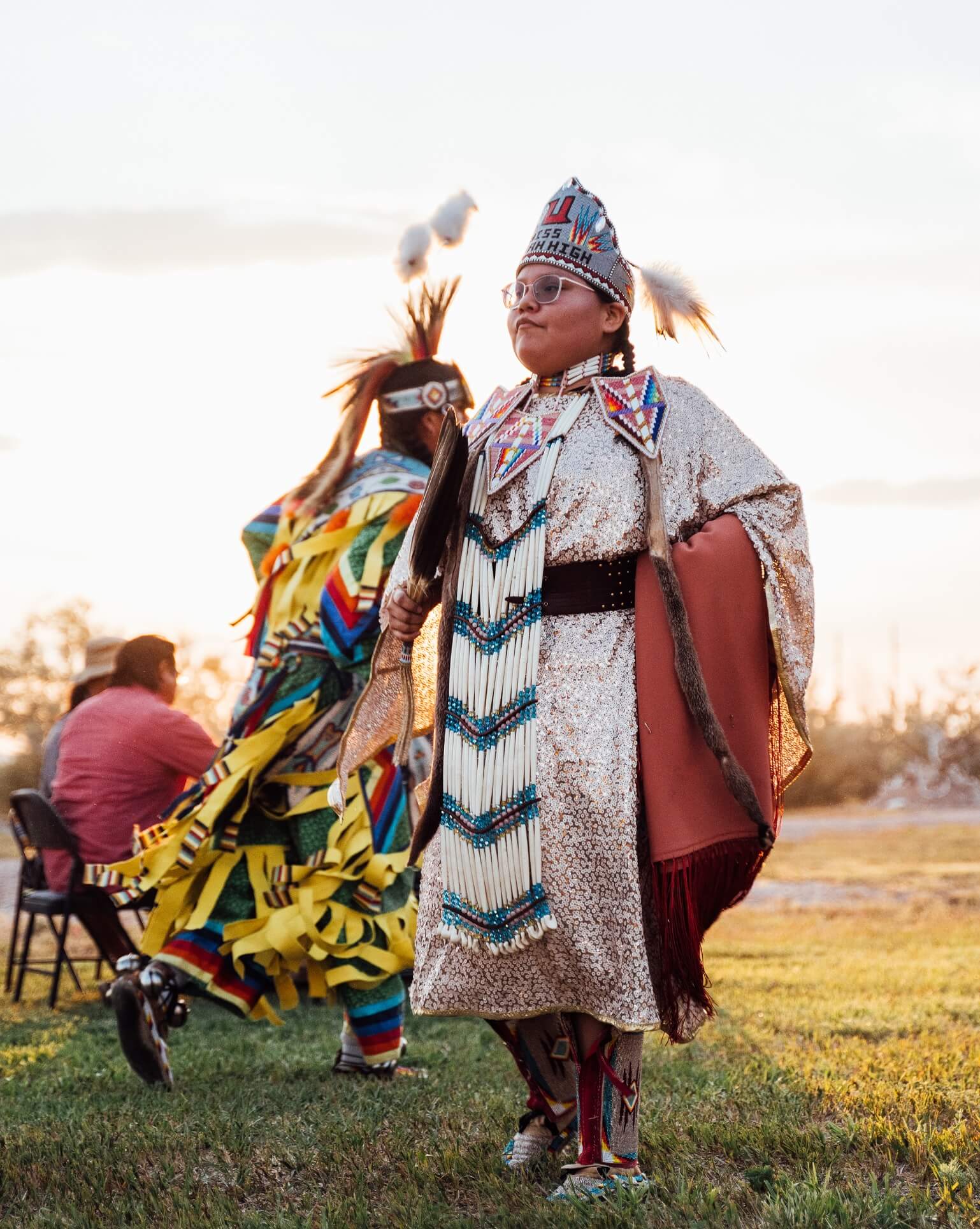 Within the Ute Bison Meat Project’s first couple of years, Phase I, the Ute Tribe's Fish and Wildlife Department considered the Tribe's buffalo herd to be overpopulated. The Tribe also made efforts to reintroduce native grasses back onto the buffalo summer and winter ranges. A great deal of effort was made to protect and maintain the genetic integrity and diversity of the herd. The herd had to be reduced or thinned in order to maintain a healthy population. The herd began with five animals, and an additional number of bison were provided annually from the Ute Bison Round-up.

The Project was initiated to thin the herd and to enable the Ute Indian Tribe to provide more employment opportunities for Tribal members while developing a product line that will generate a profit. Profitable business niches also contribute to the Tribe's economic stability.

In January of2016, Ute Tribal Enterprise, L.L.C., processed and sold American Bison (Buffalo) meat beginning with the local market by using its own outlets. The desired outcome was to make Ute Buffalo Bison meat affordable while generating a profit and creating more jobs for Tribal members and their descendants. The sale of Ute Bison Meat was astoundingly successful.

In spring of that year, the Ute Indian Tribe’s Business Committee approved approximately $500,000 from Revitalization Funds to be used to construct a corral to contain the growing domesticated herd. It was decided early on that a certain number of animals would be used to grow a herd and the rest would be used for harvesting.

In 2017, the main goal of the project was to strengthen and grow the herd. It was at that time that the decision was made to produce specially formulated grass hay for feed, as the purchase of hay from producers was expensive, and the Tribe’s hay production could not by itself meet the herd’s requirements. Allotments were assigned for farmland and Ute Tribal Enterprises cleared, burned, plowed, planted and irrigated those fields.

Phase III of the project was ushered in by hiring a new Bison Herd Manager in 2018, who decided to grain finish a portion of the herd for primal cuts and ground bison meat. It was then decided to identify meat processing facilities that are USDA and FDA approved to harvest and process Ute Bison and produce two new types of Jerky. Natural and Pepper Jerky sticks and Steak Slab Jerky with unique new recipes were then produced and successfully tested. It is the most mouthwatering jerky to be found anywhere, guaranteed. These Bison snacks are nutritious, as they are rich in protein, and B vitamins. Bison meat also has more tri-omega fatty acids than wild caught salmon. Soon, the HACCP permitting process also followed, enabling Ute Bison Meat to bear the proper stamps of approval so that Ute Bison Meat products can now be sold anywhere in the United States of America.

Phase IV was begun in mid-2020, when the decision was made to conduct a Direct Marketing and Sales Program for Ute Bison Meat Products which cuts out the middleman, and delivers directly to the consumer. Sales will be conducted through local outlets to include grocery markets, restaurants, health food stores, and convenience stores as well as through the Ute Mountain Ute Casino in Colorado. After the COVID-19 epidemic subsides, sales will be conducted in health food stores and select restaurants along the Wasatch Front.

At this time, the domesticated Ute Bison Herd number has grown to over 325 animals. Hay production has also been expanded in order to feed the growing herd and to keep them healthy. The overriding goal is to provide healthy, quality, bison meat products to consumers at a reasonable cost.