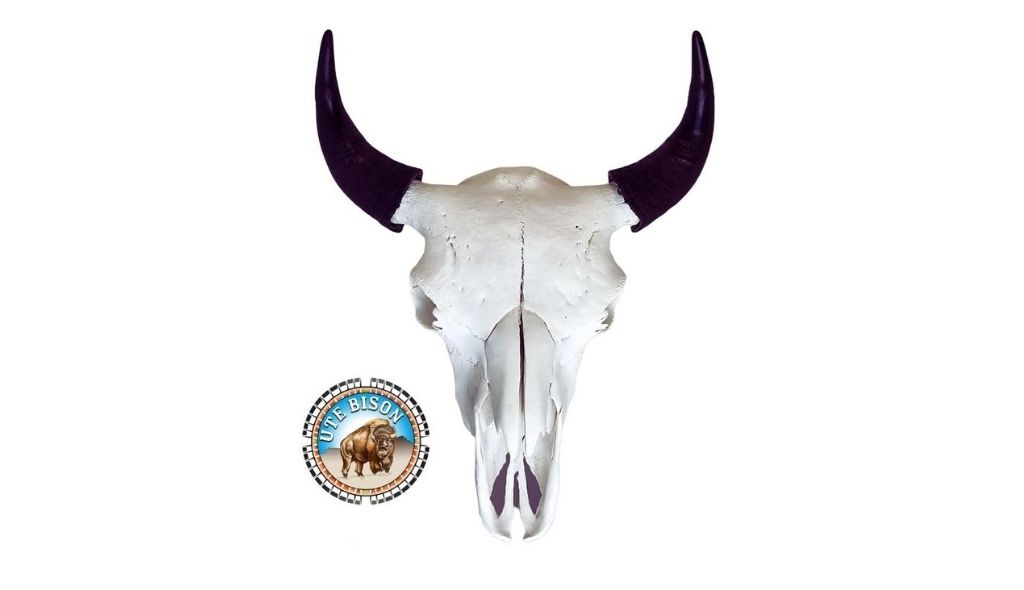 Hundreds of thousands of wild bison used to roam freely around the Great Plains of America. Due to commercial hunting and slaughtering, their population had plummeted to about 300 Bison by 1894.

The American Bison skull has been used as a sacred and traditional ornament as well as a ritualistic one. There are many reasons to have a Bison skull at the door of your home or at ceremonies. The rituals that were performed with the bison skulls were to be used to pray to the spirits and gods about life and direction. They were also used in celebration of good fortunes to the tribe, like a successful Bison Hunt.
Hunting the Bison was more for skins in the 1800's then for the rest of it. The carcass was normally left behind and not seen as useful until bone gathering expeditions started using them for fertilizer and other purposes. The American bison was rescued from extinction in large part due to conservation efforts by volunteers and the US government.

With the conservation efforts and the number of Bison growing there were also those that grew old and died off. The traditional Bison skull started making its way back into society and reached new popularity. Western style lodging and ranches often display Bison skulls as a part of their decor. There are many that like to be creative in adorning them and using them for art pieces in a number of different settings.

We are proud at Ute Bison to be able to be a part of the conservation efforts to bring back the American Bison. We raise them humanely and with reverence in knowing that what they meant to North American Tribes then is still here today.